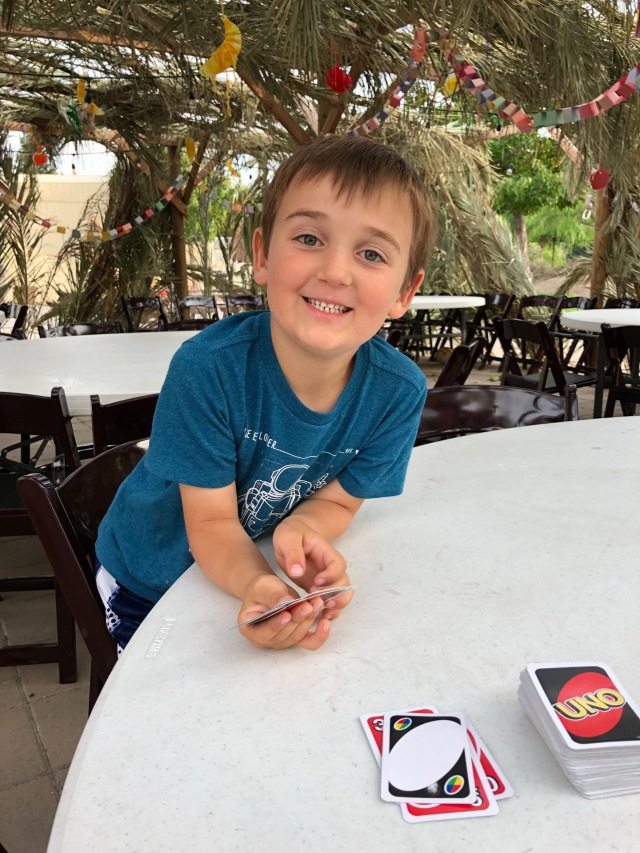 Last week we made a controversial and very hard decision.  We decided to start medicating Young Jedi.  I know a lot of people are completely against medicating for ADHD, especially in someone as young as Young Jedi, and we’ll likely be judged, but after Young Jedi gave me a fat lip, plus 2 weeks of struggling at school, and 2 hour temper tantrums almost everyday for weeks (many times multiple times a day), our family couldn’t take much more.  Young Jedi has repeatedly told me that he can’t make friends easily, that he tries so hard to be good and he just can’t.  As a parent, that just breaks your heart.

Last week I happened to have my annual exam with my Dr a few days before Young Jedi was scheduled to see Dr Fix It.  She mistakenly asked me how the kids were doing.  I just let it all out about Young Jedi and his ADHD and we’ve tried everything naturally but I think we needed to start meds and I didn’t want to start meds.  And she looked at me and she said “Momma Bear, why wouldn’t you want to start meds?  He has a neurological disorder, don’t you want to allow him to be himself?”  Soul Sister has been saying the same thing to me for months now, but somehow hearing my Dr say it, it clicked.  There is such a strong stigma about medicating ADHD in children.  I needed to get over that stigma because  I want my son to be the very best version of himself.

I met with Dr Fix It last week at Young Jedi’s appointment for over an hour and we went through all of the buckets that he considers when offering medications to his patients.  Then we built of matrix of Young Jedi’s major symptoms, each of the classifications of medications and picked a non-stimulant medication based on that.

I very nervously and pessimistically started meds last Saturday.  Things haven’t been perfect, he’s had some bad days, we’ve had to adjust dosages, but guess what?  They did work and I fell in love with my son again.  He was the sweet, caring little boy I know he is, all of his best qualities that get overshadowed by his ADHD behavior blossomed and came out again.  He still dresses up, he still pretends to be in Star Wars, he still acts out Power Rangers and he still belts out The Pledge of Allegiance, the Star Spangled Banner, and Hard Knock Life at the top of his lungs.  But he’s toned down.  He still punches Sporty for no reason and he has the occasional smartaleck comment, he still got overstimulated on his field trip day but everything was toned down and manageable.  He’s a kid I want to be around again and a kid that I hope will be able to make friends easier, struggle less in school and be able to learn with a clearer mind.

I drove across town with a normal conversation with him, we went food shopping without incident (he forgot his water but didn’t lose his cool when I told him we’d get him a drink at the store, and when I got inline and forgot to grab him a drink he calmly reminded me I promised him a drink), we drove home with him calmly sitting in the back of the car drinking his drink, no incessant talking.  He fell riding a scooter in the cul-de-sac and calmly told me he was ready to go inside because his knee stung.  At Sporty’s softball practice, he sat and practiced writing his letters with little frustration.  He shared his bat at baseball with his teammates, he cheered them on and was positive.  Then when I asked him to put Uno away for bed he replied “Ok Momma, we’ll play another time.”  Later in the week he tripped and fell over Sporty’s softball bag. A week ago this would have sent him into a tailspin of slamming doors, punching Sporty, storming to his room and slamming the door and packing his bag to leave our family. This week he calmly stated “Sporty, maybe you should find a different place for your bag.”  All of these are things that would have been full blown battles and negotiations a week ago.  Things that could have sent him into def-con 10 which leads to 2 hour meltdowns.   Things that for 3 years we’ve tried to tip-toe around and walk on eggshells to avoid.  But this week, he (mostly) handled them rationally and calmly.  At night he’s told me that he can finally behave, that his brain is less crazy, that he can think better.  Such self awareness for a 5 year old.

I’ve had to make hard decisions as a parent; operate on Sporty’s feet, medicate Young Jedi’s ADHD.  Hard, hard decisions.  Decisions I don’t want to make.  Decisions I never thought going into parenthood that I would have to consider.  Decisions I can almost will away.  Decisions, I wish I could climb back into bed and quit my adulting duties until they went away.  But I can’t because I am the voice for my children, because if I don’t fight for them, who will?  I can only hope that I’m doing the right thing by him.  I lay awake at night wishing I had a crystal ball to tell me what the future holds, for both kids’ special needs.  All I know is that his sparkle is back.  Instead of correcting him, I have spent the last week complimenting him, seeing him feel proud again, to build his confidence back.  He’s lovable, he’s rationale, he’s kind again.  And for right now, that’s enough.  That’s a decision that I can live with because I just want him to be the very best version of himself.

Image | This entry was posted in Uncategorized and tagged ADHD, young jedi. Bookmark the permalink.