Look at me, two posts in one week! Young Jedi has focus group so he’s at school an extra hour, I already worked out, walked the subject of this post and the cleaning lady is here, so I figured I’d blog, why not!

We added a new member to our family back at the end of January. A cute little rescue pup, we named Wookie. (Was there any doubt we’d name a dog after a Star Wars character!?!) Young Jedi was gunning for Kylo Ren as his name but there is nothing dark side about this dog’s face. He had us all with his eyes and cute little ears. We actually went with the intention of adopting his brother but he was a little cray cray and we have enough cray cray in our family so when we laid eyes on this sweet little guy, there was no doubt he was the puppy for us!

Young Jedi has been begging for a puppy for years now, and in March it was 9 years since we said goodbye to our beloved Homer, so it was time. And with Poppa Bear back and forth between here and Arizona, I was ready to add a four legged alarm to accompany our regular alarm system.

Young Jedi’s developmental pediatrician also blessed us getting a dog in the hopes that it would help Young Jedi manage his anxiety and sensory processing issues.

It’s still unclear who rescued who in this new relationship. But it’s safe to say Wookie needed Young Jedi and Young Jedi needed Wookie and we all didn’t realize how much we all needed this furry four legged ball of love. Wookie and Young Jedi are like Han Solo and Chewbacca, they belong together. They bonded instantly. When Young Jedi melts down, he asks for Wookie as comfort and he pets him until he calms down. Wookie sleeps most nights with Young Jedi and we’ve seen Young Jedi’s sleep improve slightly, as in he wakes up twice a night versus four times a night 🙄. And I think Young Jedi takes comfort in knowing Wookie is here as his protector, even if he’s not in his room with him. In the short time we’ve had him, Wookie has become fiercely protective of our family and our house.

Wookie has been such a perfect addition to our family and we feel like we hit the rescue jackpot with him! 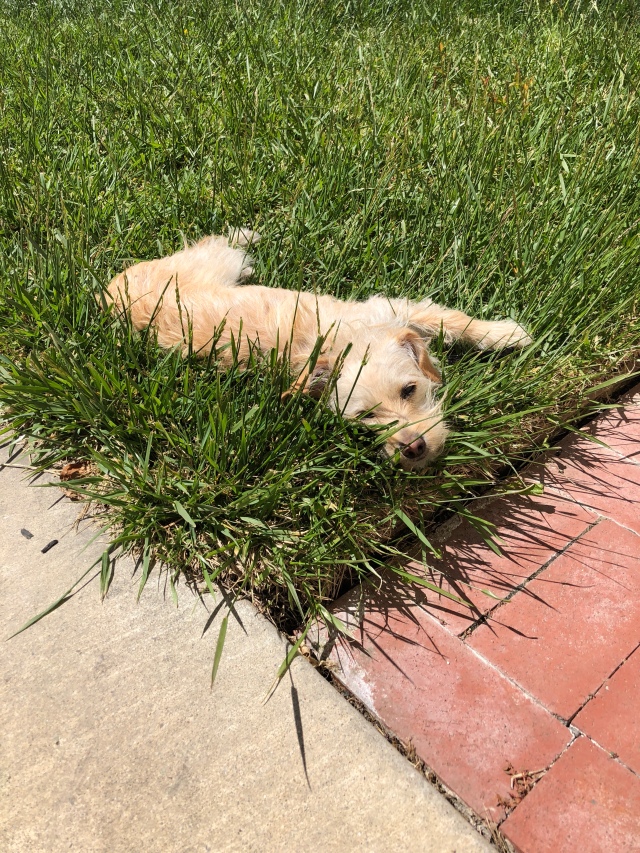 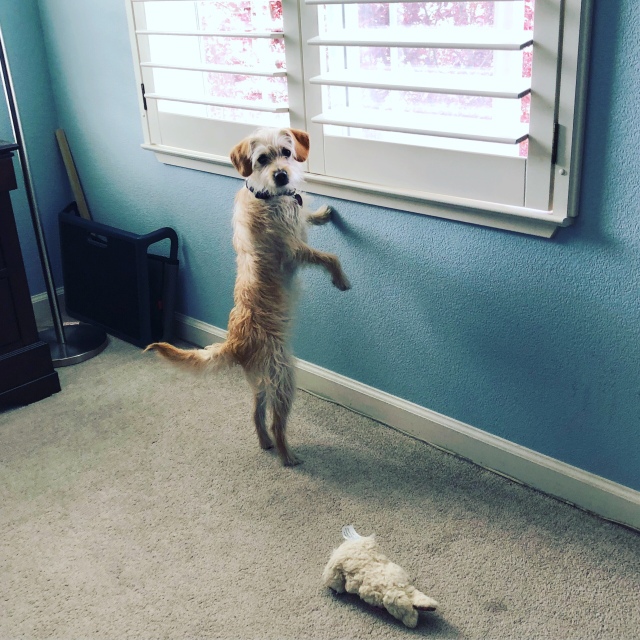 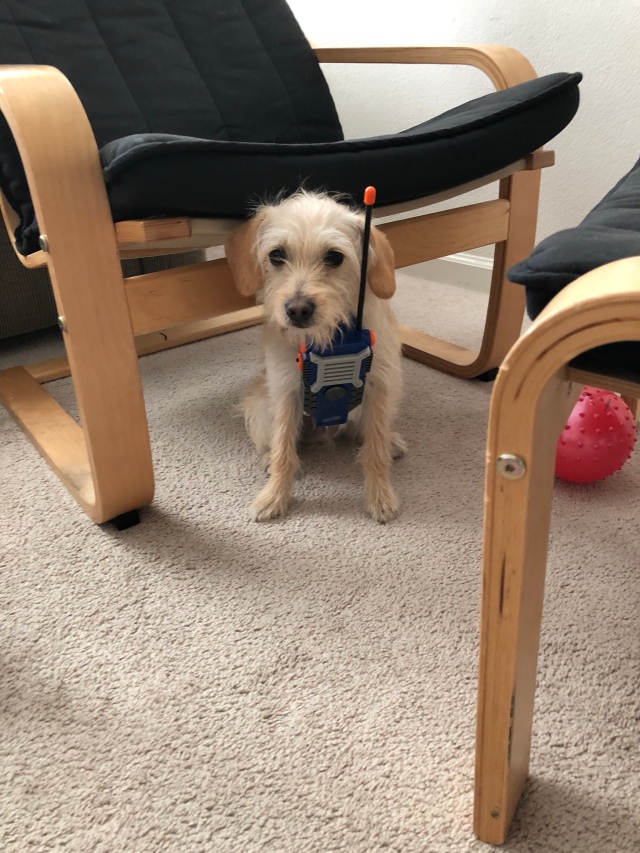 This entry was posted in Uncategorized and tagged ADHD, anxiety, puppy, young jedi. Bookmark the permalink.