It seems like I’m jumping around a bunch, but it’s for now as I catch up on the last 8 years of life with clubfoot and also how we’re living with it today.

We chose to treat Sporty non-surgically, with a method call the Ponseti method.  In short, Ponseti is a series of casts that are used to manipulate the feet to a normal position.  If you want a more in depth explanation, see this link.

Sporty had a stubborn left foot.  The details are fuzzy, I think she had 7 casts to get into corrected positions, followed by an 8th holding cast while we waited for a  spot in the OR.  (Remember the hot pink cast!?!)  Most children need a tenotomy after casting, this lengthens the Achilles tendon.  She then spent 3 weeks in said hot pink casts while her Achilles healed.  After casting she wore a brace full time until she was 9 months old (about 6 months).  Then we gradually decreased wear until she was in them for 12 hours a day (mostly just at night).  We stopped brace wear at 3, some Doctors recommend going until 5.  We stopped at 3 because Sporty was starting to take it off at night and we had no indication of the issues to come.  She never slipped a cast, never had an issue with her brace, she was a picture perfect case of Ponseti treatment.  I also believed if she was going to relapse, she was going to relapse whether it was at 3 or it was at 5, it was going to happen.  I had friends who stopped treatment at 2 and have never had an issue and then there was us.  It took about a year when I first saw signs of relapse.  So at 4 we began our relapse journey.

Sporty’s feet when she was born prior to treatment 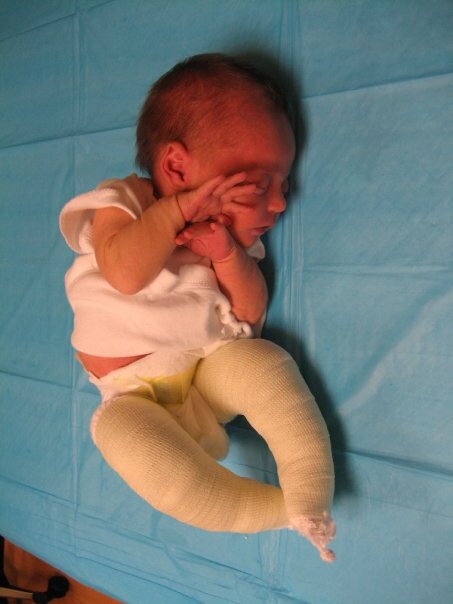 After a couple of casts, we see progress 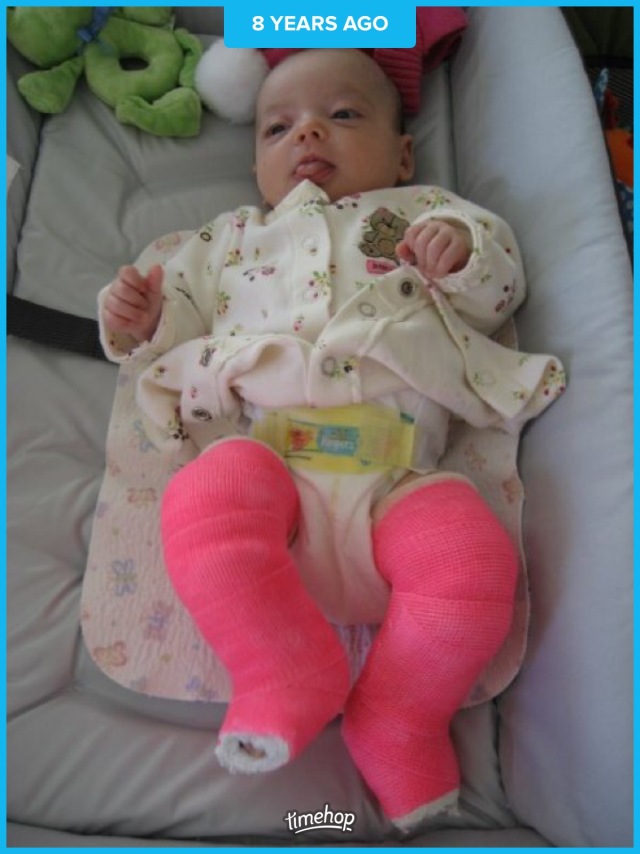 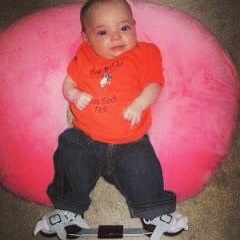 Sporty’s brace, this was her first weekend in the brace, it also coincided with Giants’ opening weekend and her very first Giants game. A fan was born!

This entry was posted in Uncategorized and tagged brace and bar, clubfeet, Giants, Ponseti method, treatment. Bookmark the permalink.