Today the kids and I kicked off our Bay Area Bucket List with a trip the AT&T Park to see the Giants take on the Diamondbacks (strategically picked!). I put on my big girl pants and not only took both kids into the city alone BUT I drove there too in order to avoid Young Jedi touching all of the nastiness on BART. I hate driving in the city, so that’s how gross I think BART is! It was a gorgeous day in the city. We parked about a mile away and down the Embarcadero to the stadium. Young Jedi asked for a $5 hat since he forgot one and I decided “why not!?! I’ll channel a bit of Poppa Bear and purchase a sketchy hat from the guy selling on the sidewalk.” Seriously, I usually always yell at Poppa Bear for buying that crap but today I indulged because who knows when we’ll get to buy sketchy Giants gear from street vendors. So both kids got hats and they were happy as can be (until we were walking home and Young Jedi wanted a $5 shirt too!).

But seriously, the game was great, I just soaked in the beautiful skies and amazing stadium and beautiful weather. We were there so early for the game that we made it on the Jumbotron (I was texting Poppa Bear so I couldn’t snap a picture of it) but too late for batting practice so sadly no game balls for us! The kids ate hot dogs, Sporty took notes on the game and Young Jedi led the “Let’s Go Giants” cheer for our section. Young Jedi even got a little bit of “the floss” in trying to get on the Jumbotron in the 7th inning (but seriously don’t get me started on that ridiculous dance!). It was a perfect day to kick off our Bay Area Bucket List. We’re down to 26 days until moving day! It makes my heart sink just thinking about it. 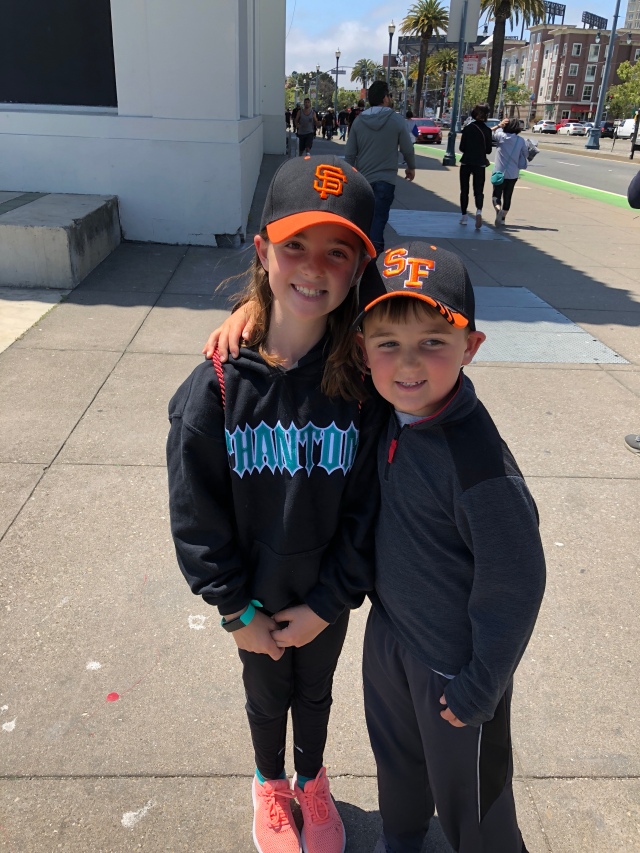 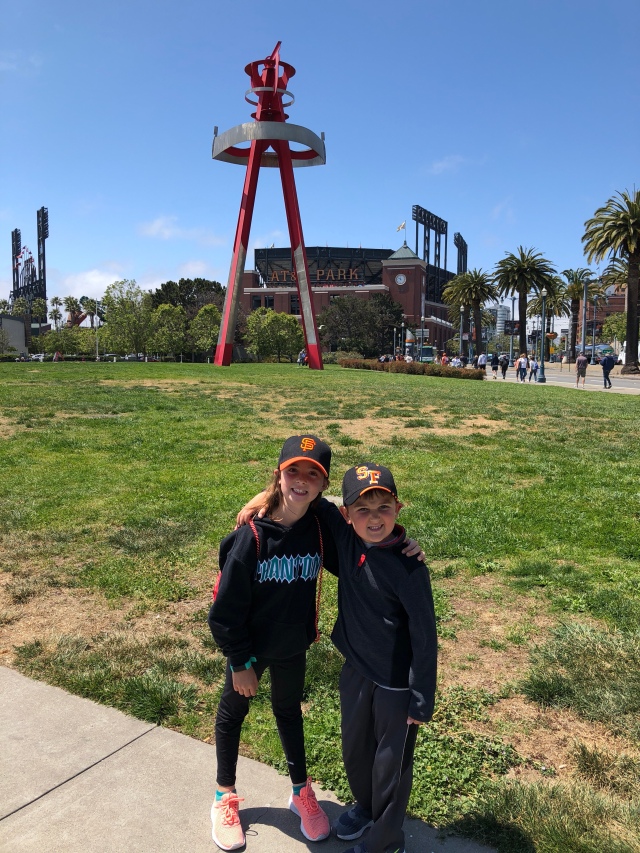 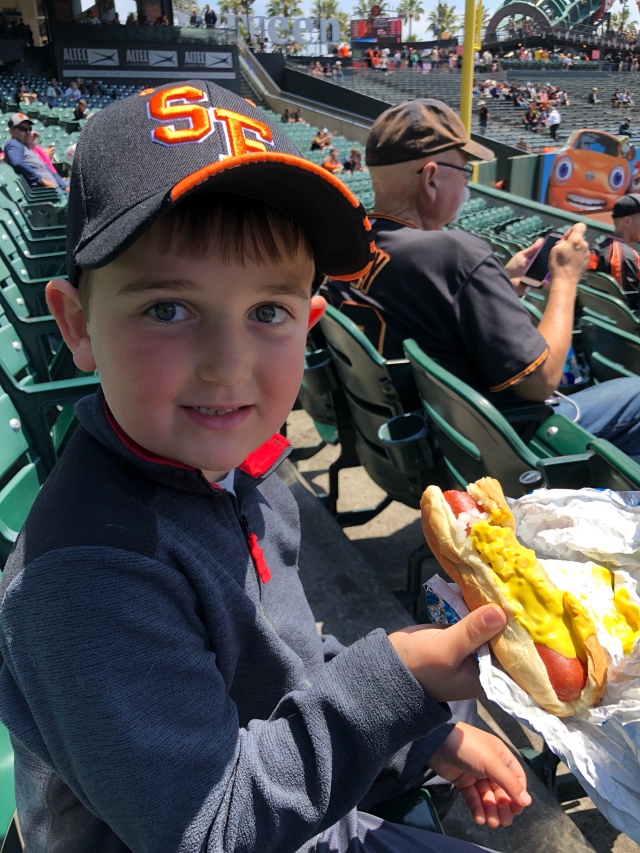 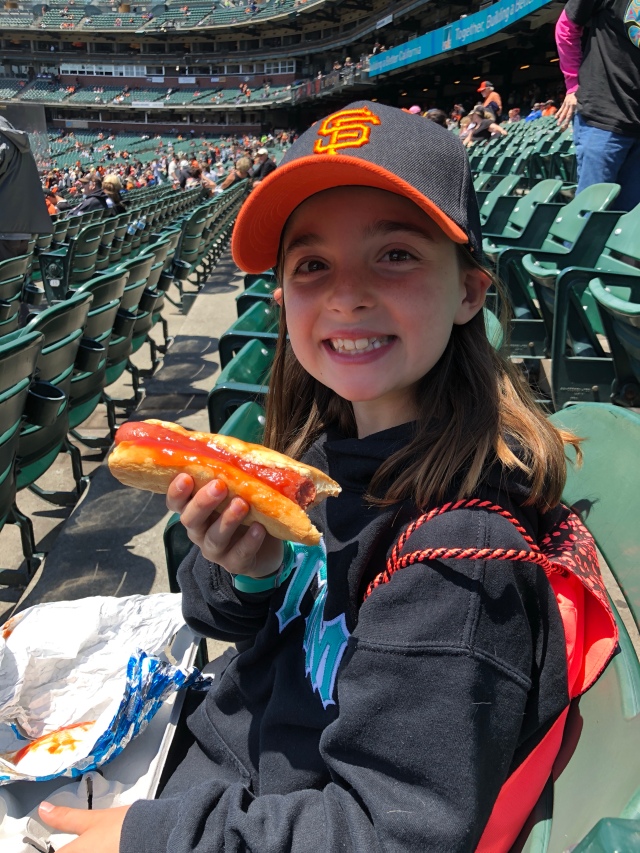 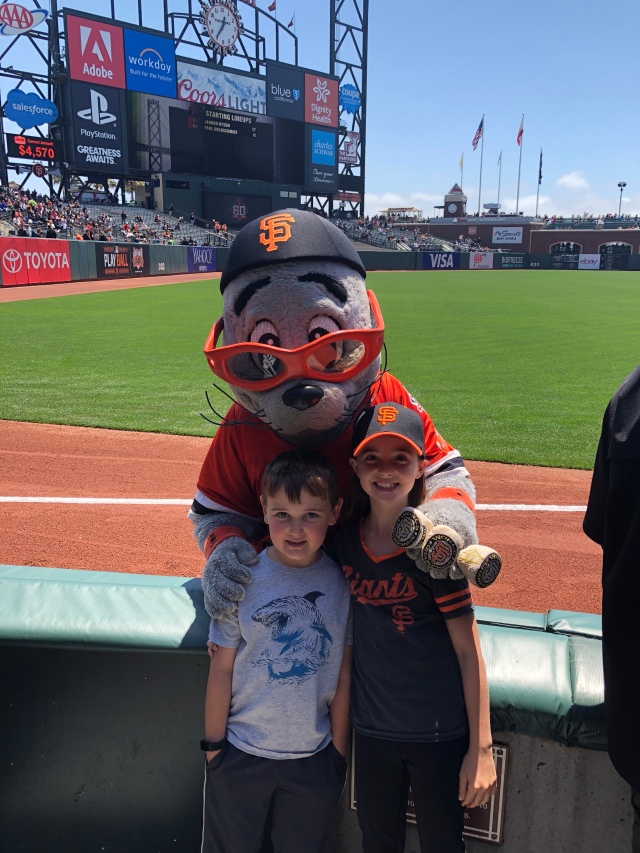 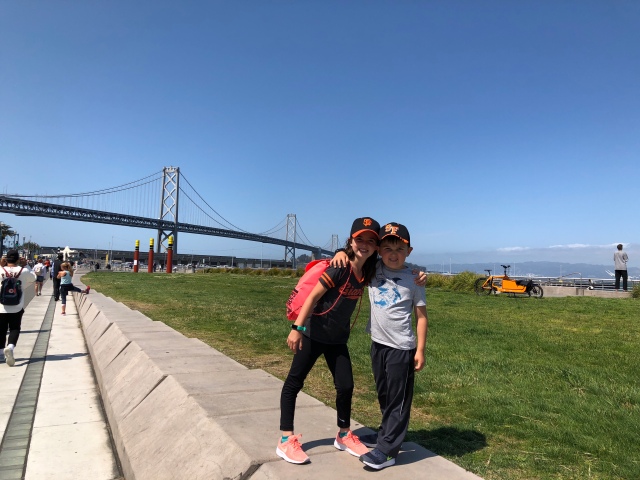