Battle of the Cages

The Saturday before Christmas, Sporty’s hitting coach invited her to come and participate in his annual “Battle of the Cages.” He breaks his hitters up into two teams with judges behind the cage rating each at bat as a single, double, homerun. We figured we’d go and get some batting practice in since Sporty’s team is taking a few weeks off for the holiday and give her an opportunity to hit with some older girls. 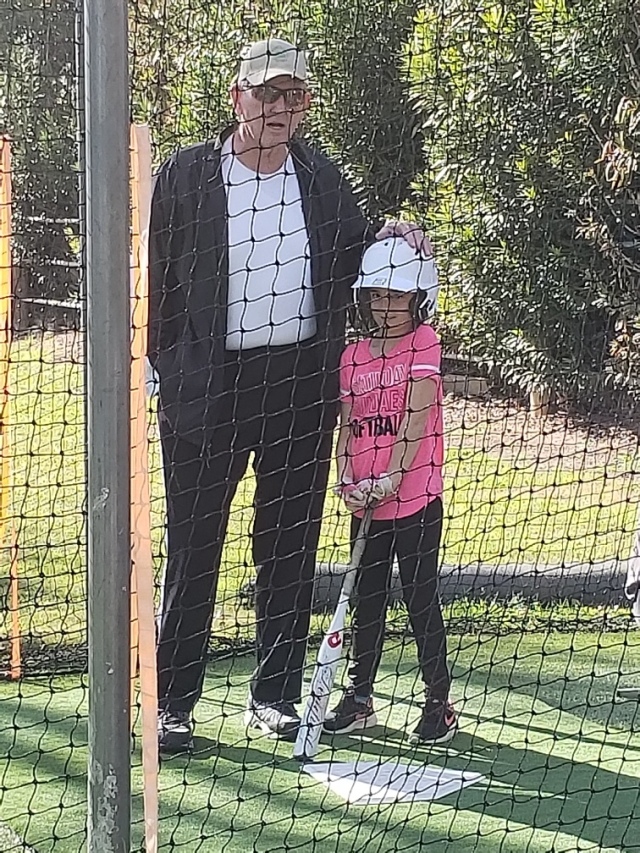 Naturally we were late because when the 4 of us are together we can’t seem to get it together and get out of the door. All of the other girls had warmed up and as Sporty was getting ready to warm up, he stops the machine and introduces the 5 college players that were there. Then he walks over to Sporty and gives her an introduction to all of the players and parents as she is the youngest player that he has ever taken and she struggled when she started but how far she’s come. It was really awesome recognition for her. After 3 warm up swings, the competition began.

He broke the college girls into two teams and from there they picked the younger girls to make up their teams. Sporty got picked first round by an All-American that plays for Georgia. How cool is that!?! Sporty has become pen pals with a player from Indiana (my alma mater) who was also there and she was very sad not to get Sporty! (But we may be making a trip to Bloomington this spring to watch the Hoosiers play!)

The teams ended up in a tie but we had so much fun watching all of the older girls hit. Sporty was the only 10U player there. The event also collected food for a local food bank so it was fun and meaningful at the same time.

That evening I texted her coach to thank him for the day and let him know Sporty had an awesome time playing with all of the other girls and to set up a time for a lesson the next day and he responded back how well Sporty did and how proud he was of her. That she may have been the smallest and youngest but she earned the respect of all of the other girls and impressed a lot of the parents. He even told her the same thing the next day. Sporty has had a rough go here with softball so for her to hear that college girls and her hitting coach were impressed (because he’s the first to tell her when she’s hitting terrible!) meant a lot to her. She was close to quitting the sport altogether a few months ago so to see her spirits lifted and her confidence bumped up a notch was amazing. 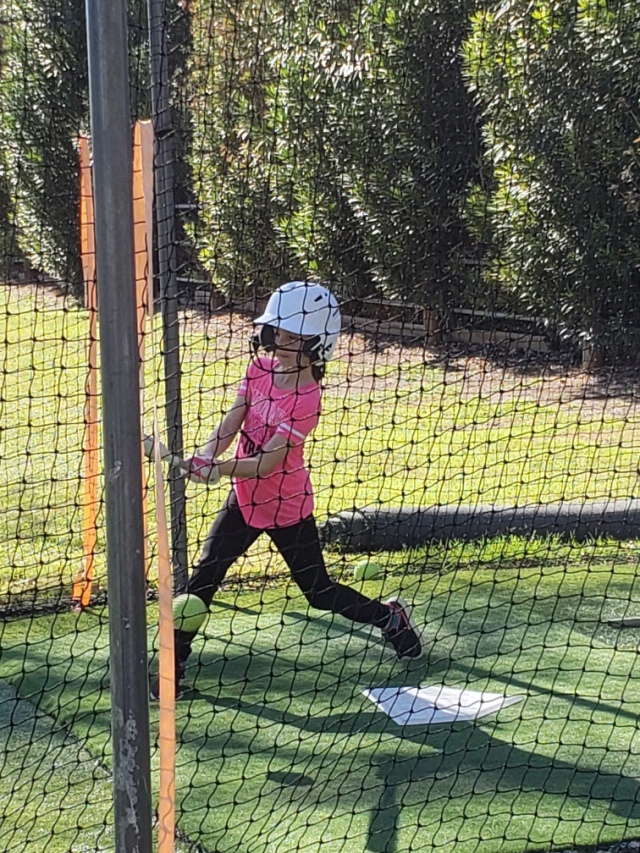