A packed car can only mean one thing! It’s tourney time. Sporty joined a new team after a rough separation from her original team. She is so happy on her new team, the girls all support each other really well, the coaches are beyond encouraging and positive and she’s in love with the sport again. They had their first tournament this weekend and we had so much fun watching the girls start to come together. It’s a new team so there were some tough games (I.e. huge losses) but they already have the chemistry so I know they will come together and be successful.

Sporty played amazing. Maybe the best I’ve ever seen her play. She knows her coaches believe in her and so she’s confident and plays to her fullest. She caught 3 of the 4 games this weekend and considering it had been nearly 6 months since she caught and that she’s never caught at the 10u level, she did amazing. I am so proud of her, mostly because her ankle hurt too but she was determined to work through it. She earned nicknames like “go-go gadget arms” and “spidey wall.” And she felt good about herself. She batted in the #2 and #3 spot and was confident in the box. It was just so amazing to see after she had been so down.

And I can’t say enough good things about her coaches. Poppa Bear even looked at me in the middle of the game after hearing Sporty’s coach encouraging comments to Sporty while catching a very long inning and said “we really hit the jackpot with this team!” As an added bonus, the parents are all super friendly and welcoming! 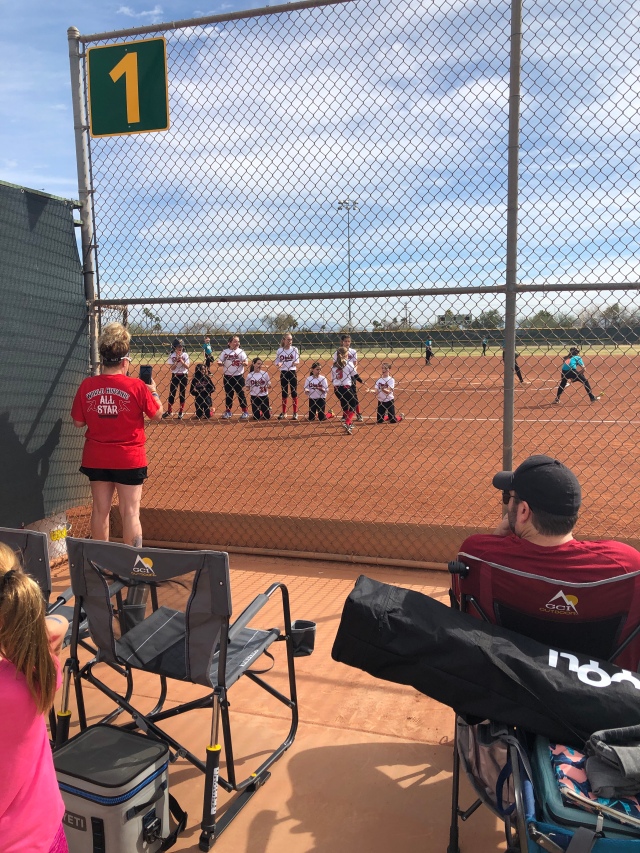 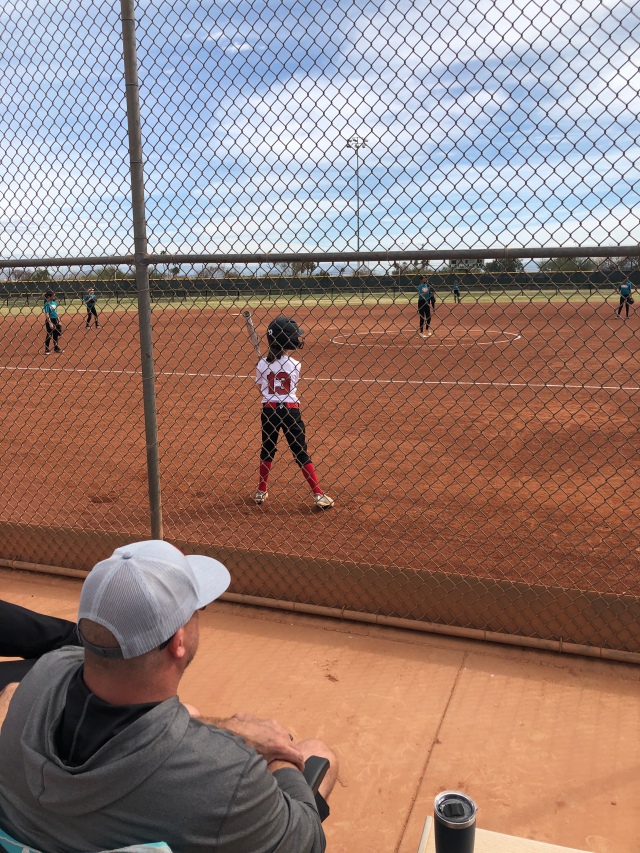 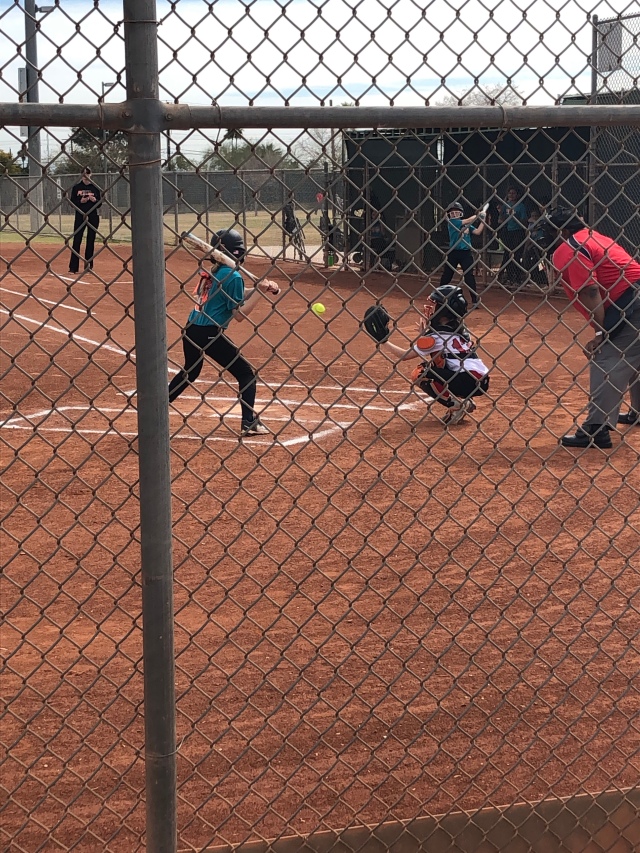