Well Young Jedi is home sick, he came home with a fever yesterday and I had a few quiet minutes before the Advil kicked in and now he hasn’t stopped talking and I’m going Bat 💩 crazy! 😜 So I figured it was a good time to blog about Sporty’s first tournament while he was engrossed in She-Ra (seriously, it’s a thing on Netflix, I don’t have the heart to tell him I used to watch it when I was little, cause he thinks I’m 100).

Sporty’s team went 0-4 but they just came together (we actually didn’t have a full roster last weekend so we were borrowing some players) so I’m hoping now that we have 10 and they’re playing together that we start to get some Ws. Sporty played great, probably the best I’ve seen her play. She was so confident and composed, she definitely lives for the softball field and is a different person out there. She even introduced herself to the umpire while she was catching which she was too shy to do last year. She was so confident and composed in the batter’s box. It was really awesome to see all of her hard work from the summer really come to fruition. She caught, played 2nd, 3rd and shortstop (which I didn’t even know she knew how to do! Lol). And she got her helmet sticker for talking on the field and encouraging her teammates. Finally the loud voice that gets her in trouble in school is beneficial for softball!

At the plate she led off, had one strike out, reached first on a drop third strike (outran the throw, not bad for a girl heading halfway across the country to see an orthopedic surgeon next week!), hit a double which probably could have been a triple but the runner in front of her stopped, tried her soft slap (got thrown out but she tried), and hit a signal to the shortstop which was too hard for her to handle. She was also a stealing machine and one of the umpires tapped her on her helmet and told her nice base running. Most of all she was so proud of her play and her feet were sore but in a non-Clubfoot way and in more of a “she’s out of tournament shape” way. A little epsom salt bath on Sunday morning and she was good to go. 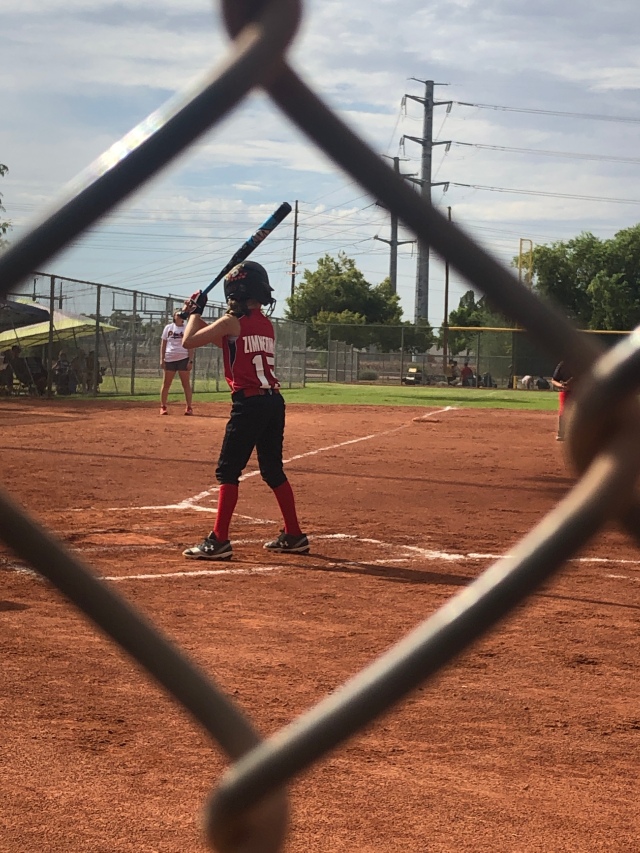 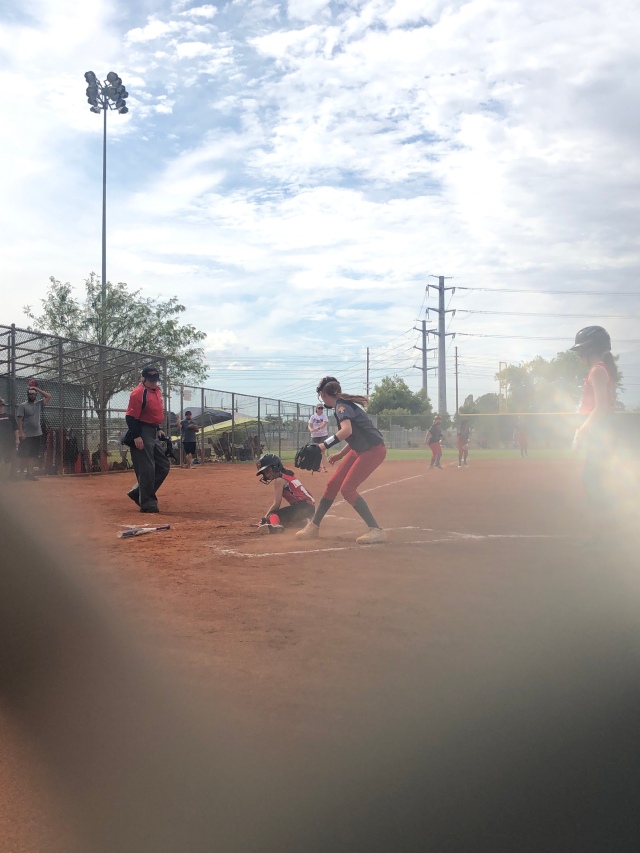 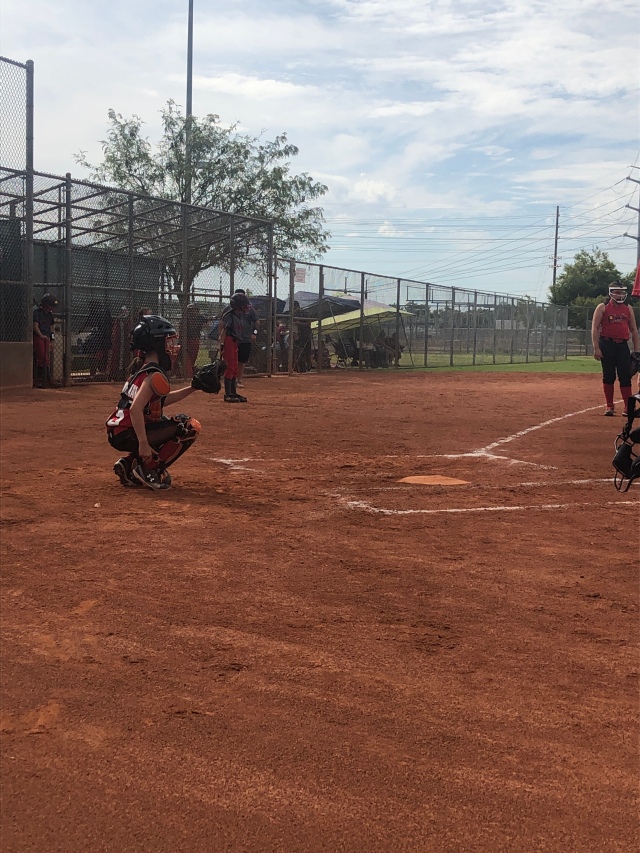 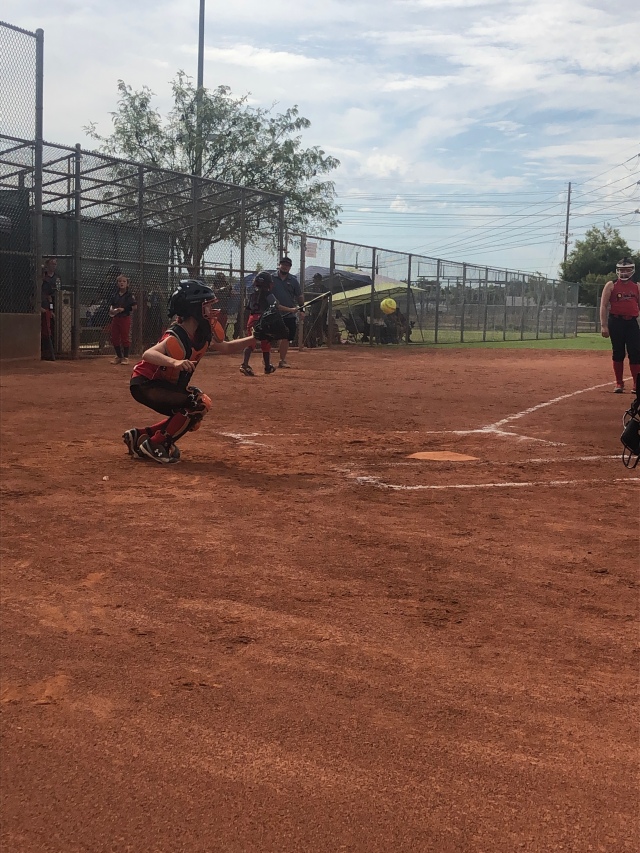 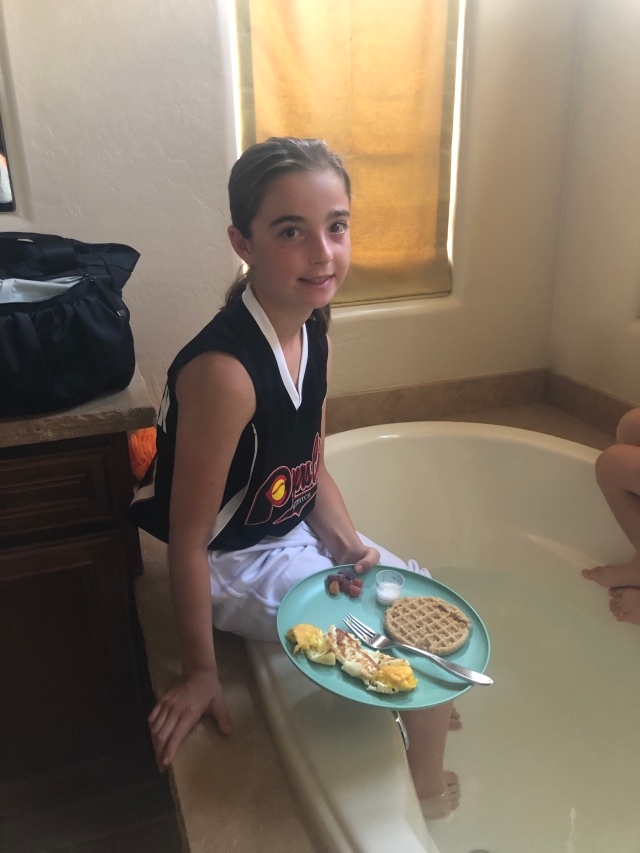 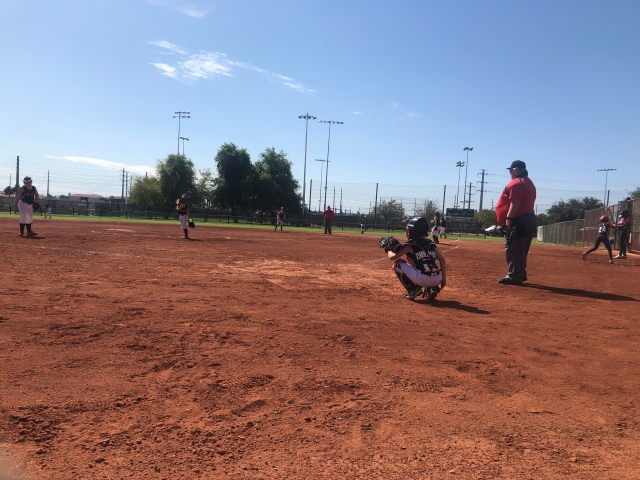 This hit she had an 0-2 count and worked it to a 3-2. Fouled off 2 balls, stepped out of the box, took a deep breath, got in and ripped it. The confidence blew Poppa Bear and I away!

Not bad running for a Clubfoot kiddo facing potential surgery. Situations like this make me hope and pray for no surgery. So please send no surgery vibes our way!

Well I hope this post spread a little more positive energy than my last one 😆. For the record I’ve had some kick ass spin classes since my post. Best stress relief but I was also weak and procured these at Target to partake in some stress eating 🙈. And the magnesium suggestions were spot on, I started taking some and my feet and leg cramps have improved, hoping after the stress of next week passes we’ll be back to normal. 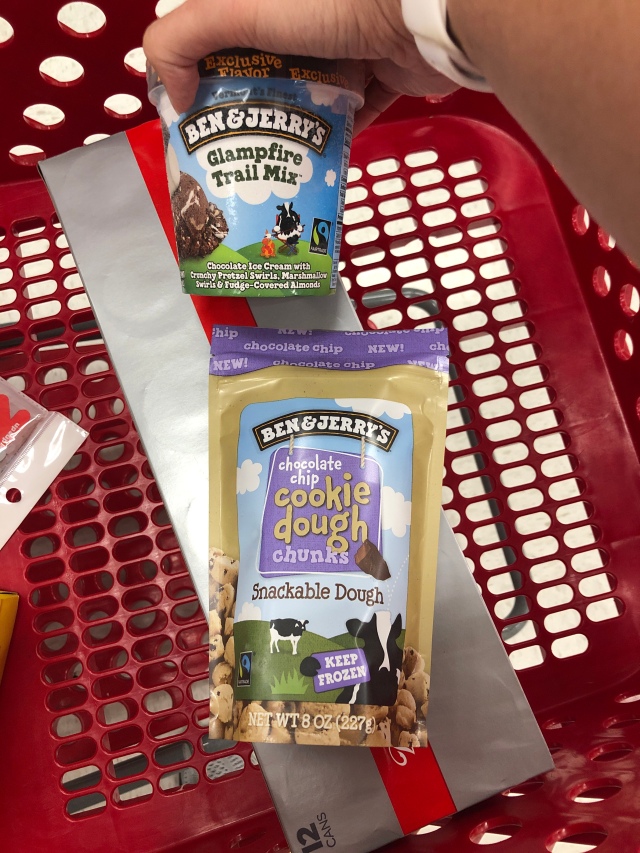 Young Jedi had a checkin with his neurologist yesterday (4 hours prior to his fever spiking) and ASD Level 1 was confirmed for him but he assured me now we can get Young Jedi the services he deserves so I know it will be a fight but a good fight. We’ll be back on the softball fields for another tournament this weekend and Sporty and I are off to St Louis on Tuesday (I’m praying for fall there because it’s still summer here and I’m over it!)