Somehow this summer has come and gone. All of it. Without one single post about travel ball for Sporty. I blame the move but in reality I’m hanging my head in blogging shame. Here’s the recap.

We had tournaments every weekend in June. First tournament they took 2nd place. Last tournament that Sporty played in they took 1st place. She had a blast and I know the friendships she developed will stick forever, 6 weeks later she still tells me she misses her Phantom teammates. 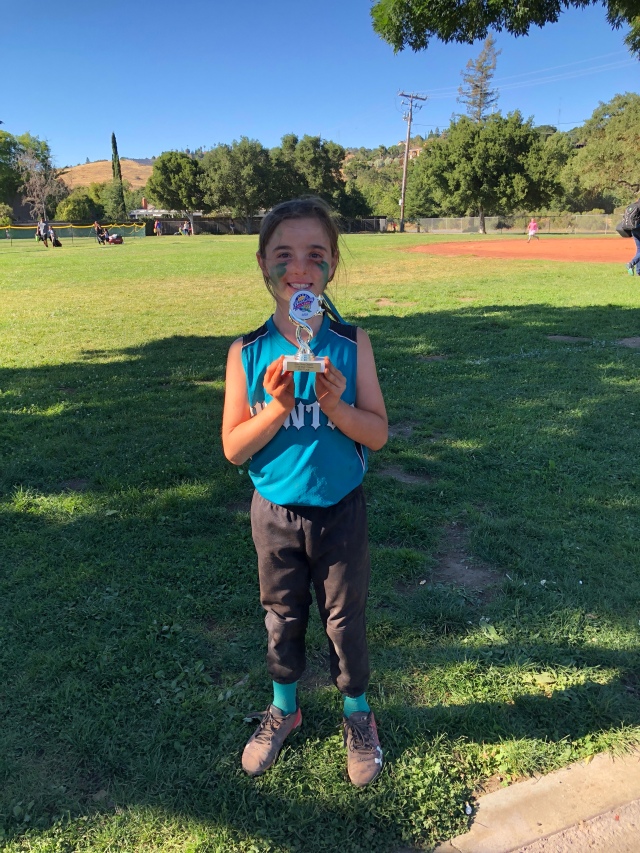 We moved to Arizona on July 2 and it’s been hotter than Hades since we got here. Like I’m sick of sweating! Wookie won’t go potty in our grassless backyard which means a walk to he park four times a day…when it’s 108. I’m sick of sweating! But I think once people come outside, we’re going to like our neighborhood. One neighbor invited me over to drink wine with some of the other moms and there are a ton of kids in our neighborhood. And the moms like wine so let’s be real, that’s what matters.

The kids have been going to camp at our health club and love it. Sporty made a bestie who goes to her school and is super sweet and she has a little brother a year old than Young Jedi. They are a super nice family. Even Young Jedi is enjoying camp and he usually doesn’t have much positive stuff to say but he enjoys it.

Sporty started hitting lessons a few weeks ago and the coach is pleased with her progress! She has also tried out for a couple of club softball teams and is now a member of the Scottsdale Diamonds. She is so excited!

Wookie is not a fan of the desert nor of monsoons, we’ve had a few since our move here. They are no joke! 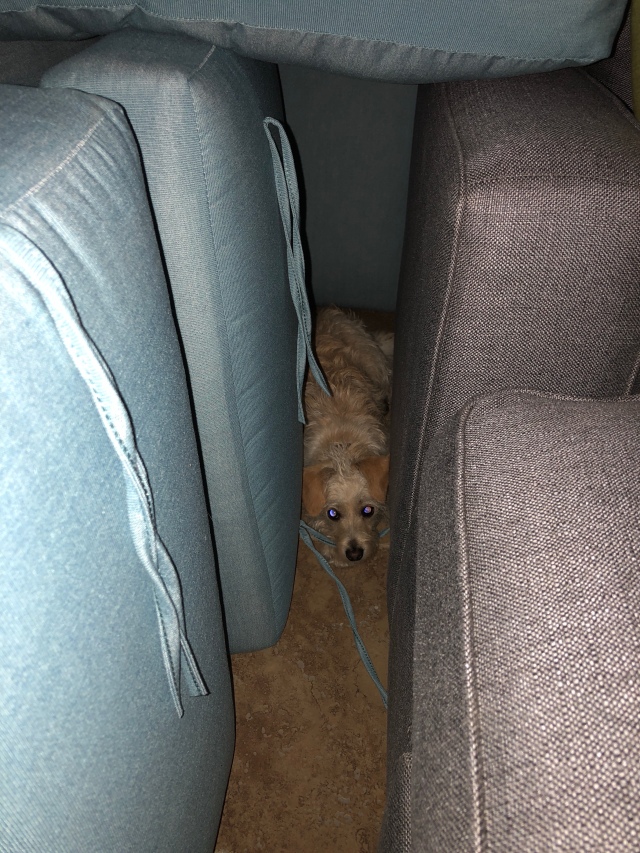 Our favorite family evening activity has been scorpion hunting at the neighborhood park. By hunting, I mean we shine our black light on them and then run in disgust.

Last night we had Meet and Greet at the new school which means summer is over!!! I’m not so secretly doing the heel clicking happy dance. School starts Tuesday, 1st and 4th grades. Both of kids’ teachers seem awesome and while Young Jedi has a lot of anxiety about the new school year, I think it’s going to be a good year. Sporty of course is excited and has already made friends. A girl from her softball team is even in her class!

And that my friends, is an entire summer and a cross state move, cliff note version!